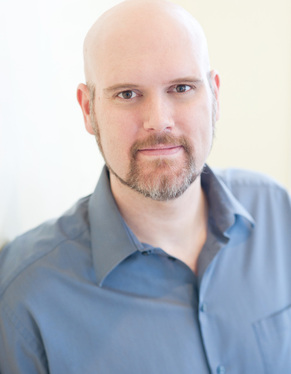 Photo by Rachel Hadiashar
Daniel Buchanan has guided hundreds and hundreds of singers to learn to sing.  From total beginners to professional performers, Daniel engages his student with care and encouragement, while helping each student to experience dramatic vocal transformation.

While maintaining a private voice studio for over 30 years, Daniel has also held faculty positions at the Conservatory of Music at Wheaton College, Houston Community College, and Lone Star College.  He has served as an instructor for Northwest Children's Theater and PDX Vox.

In addition to his work as a teacher, Daniel maintains an active career as a professional singer, actor, and pianist.  His performances have reached the stages of some of America's major opera houses and orchestras, as well as close to home throughout the Portland community.  He has sung for the Portland Opera, Houston Grand Opera, Portland Chamber Orchestra, Walla Walla Symphony, Oregon Bach Festival, Newport Symphony, Chicago's Metropolis Chamber and Opera Theater Oregon.  Additionally, he has performed in such varied venues as the New Orleans French Quarter Music Festival and the McMenamin's Great Northwest Music Tour and the Crystal Ballroom.  In recent years, his singing has brought him as far as Zimbabwe, Finland, Greece, Denmark, England, and South Africa.

Daniel holds a Master of Music in vocal performance from the Shepherd School of Music at Rice University.  He lives in Portland, Oregon with his wife, Abby Buchanan (of Moonrise Human Design) and his 2 children.