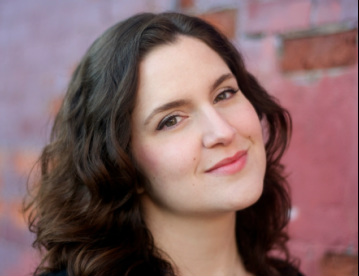 Originally from Santa Cruz, California, soprano Estelí Gomez enjoys a varied career of solo and ensemble singing throughout North America and Europe.  In November Estelí was awarded first prize in the Canticum Gaudium International Early Music Voice Competition in Poznań, Poland, and extended her time in Europe to perform additional concerts in Munich and the Hague.

Recent and upcoming performances include a recital of premieres of music created for her by composers at University of Oregon, Eugene, on the Vanguard Series for new and emerging artists; participation in the Victoria Bach Festival as a New Young Artist and featured recitalist; a tour of the South with early music ensemble Armonia Celeste; and soprano solos in a performance of Handel's Messiah with the Poznań Boys' Choir in Poland.