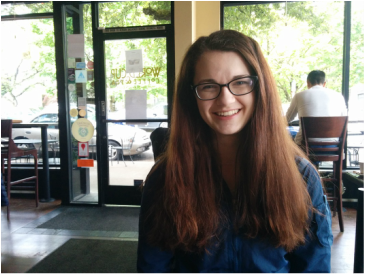 At four years old, Voni Kengla would flop over the couch dramatically, belting out show tunes from Rodgers and Hammerstein’s Cinderella a la Bernadette Peters. She knew from the start that she had caught the performing bug.

Fast forward to fall of 2015, when Voni will head to The Hartt School in Connecticut to study musical theater, a dream come true for her and one she credits to her time spent at Resound NW.

The summer before her freshman year of high school, she decided to audition for Northwest Children’s Theater (NWCT). With so little vocal training, she needed a teacher. Daniel Buchanan was recommended to her by NWCT, and she has studied with Dan ever since.

“It feels longer than 4 years. Not in a bad way: it feels like I’ve had, like, so much training that it should’ve taken longer.”

When asked to describe working with Dan, she reverberated what seems to be a common feeling shared by his students:

“The thing that I like most about Dan is that he truly, 100% believes that everyone can sing, and that everybody should know how to sing. With past voice teachers, it’s been a little like I felt like I had to sing every note perfect. One of my favorite things is going and just being able to sing whatever, like it doesn’t have to be perfect. And learn something at the same time.” 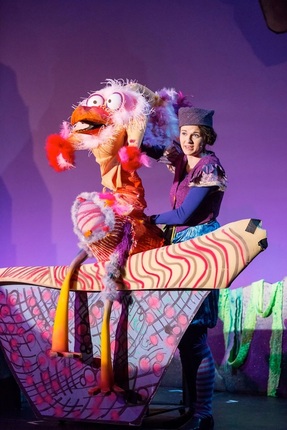 Voni performs in "Peter Pan" with the Northwest Children's Theater
Studying at Resound NW has made Voni step out of her comfort zone more. Before singing lessons, she describes herself as a closed-off person, unable to deliver a speech in class. It took about a year, but soon she found herself singing on stage in front of others with no problem. Now, it feels totally comfortable for her and she feels more confident in herself and more outgoing.

Voni’s considers her greatest accomplishment as a singer (so far!) is performing in a cabaret at Artist’s Repertory Theater this past winter, an opportunity that allowed her to work with one of her Portland idols, Susannah Mars. Getting to work with someone she’s admired so much was thrilling for her.

Studying with Dan has been challenging and illuminating for her. Once, she brought sheet music from the musical Chicago to a lesson and while singing “All That Jazz,” she discovered a chest voice she never knew was there.

She is excited to start her college career and her next adventure. Voni has to sing, there’s no doubt: it seems to course through her veins!