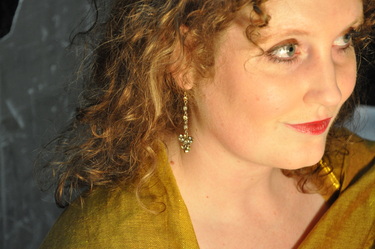 Mezzo soprano Kristen Buhler is a native of Oregon and lover of music of all genres. Kristen’s versatility of range and timbre allow her to regularly perform, record, and tour with many professional ensembles including Cappella Romana, Resonance Ensemble, The Ensemble, Trinity Consort, Portland Baroque Orchestra, In Mulieribus, and Portland Vocal Consort. Kristen is the Artistic Director of the genre-defying female quartet, The Julians and enjoys arranging music for them from artists as varied as Alanis Morissette, Florence + the Machine, Cat Stevens, and Regina Spektor to name a few.

Kristen is a frequent recording artist with Oregon Catholic Press and has collaborated with local talent Bryan Free, Rachel Taylor Brown, Nick Jaina, and Portland Cello Project. She has been featured on five Cappella Romana recordings, including Robert Kyr’s 8 voice work, A Time for Life.

Kristen earned Bachelor of Arts degrees from George Fox University in both Vocal Music Performance and Writing/Literature and was a member of the GFU Players (an 8 person touring drama troupe). She went on to Portland State University and garnered a Masters of Music in Conducting degree as well as a Masters of Science in Special Education (vision emphasis) degree and by day, is an itinerant Teacher of Visually Impaired Students. She recently co-authored a national braille curriculum entitled Building on Patterns published in Louisville, KY.

In 2011, Kristen lent her voice to Satellite Ballet’s tour to Michigan featuring indie composer Nick Jaina and dancers from New York City Ballet. She also toured Greece and recorded an album with Cappella Romana. In summer 2012, Kristen received critical praise as vocal director for Pentacle Theater’s production of H.M.S. Pinafore. She is grateful to be a part of this vibrant and diverse Portland music community.

The Julians live in performance: